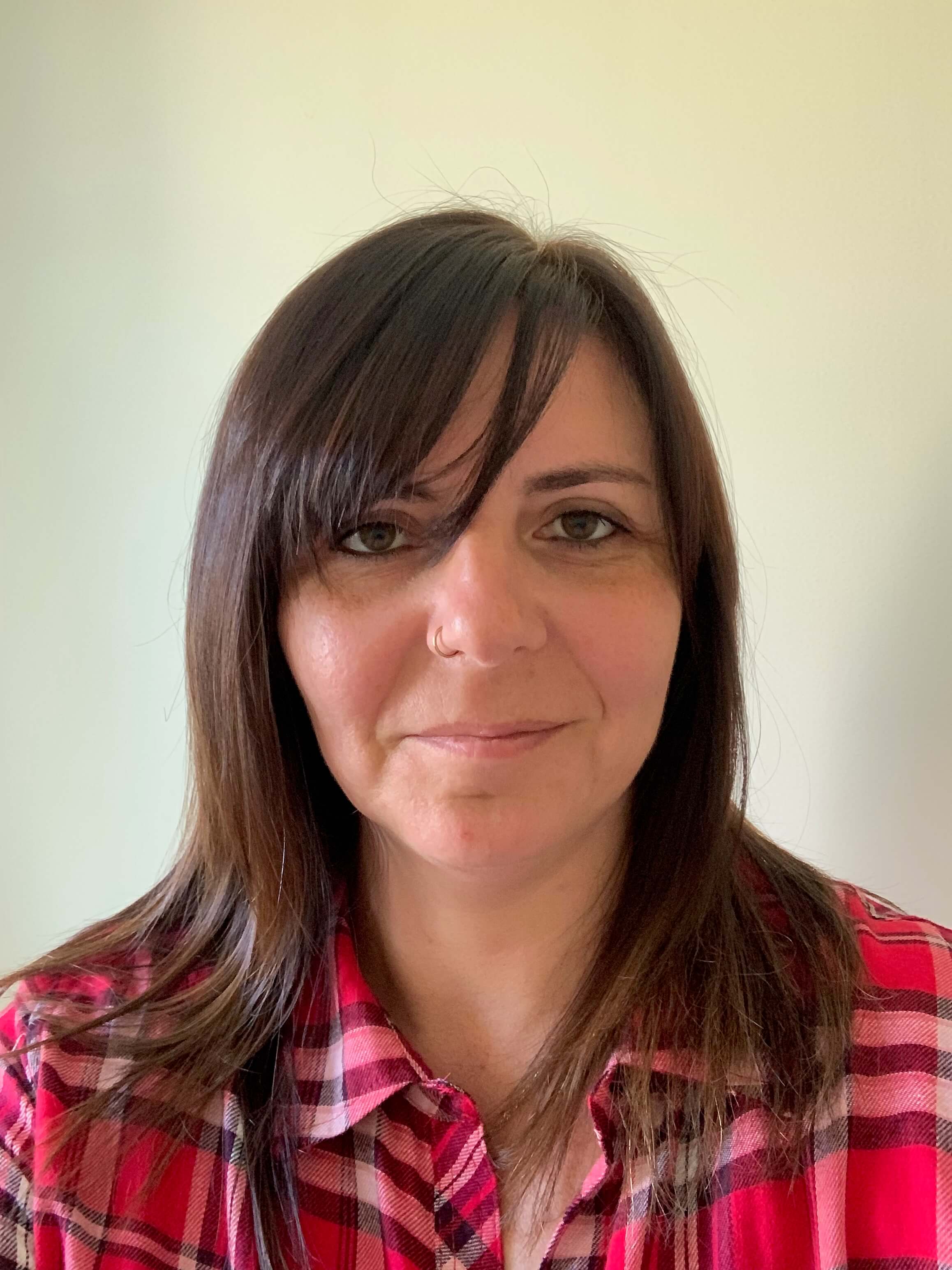 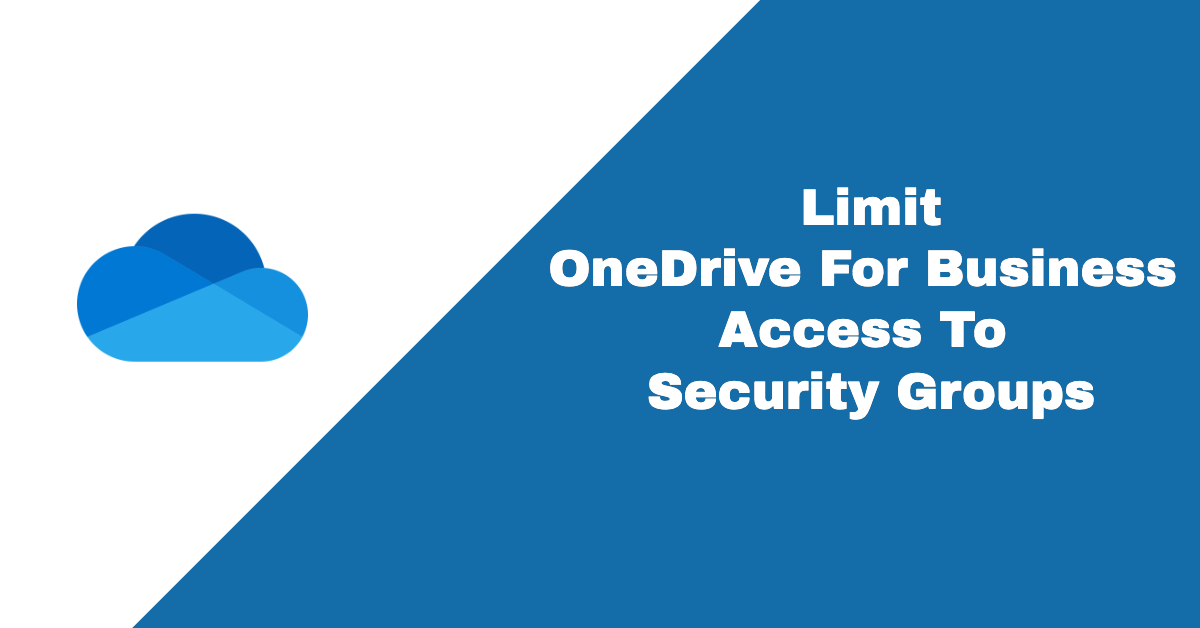 Veronique Lengelle  published on 12-Feb-2022
A new feature to use very carefully! OK, you’ve been warned now 😉 In this blog post, we’ll have a look at how we can limit access to OneDrive For Business, and the impact when enabling this feature. Scenario Let me lay out the environment first, so we understand the impact later. In this example, we’re going to have the following: 2x users (Adele & Debra) 1x Security Group called “SG-Consultants” Both users have OneDrive For Business provisioned, with sample content (private or shared with others) 1 of those users (Adele) will be a member of the Security Group we’ll be using, but not the other user (Debra)
Read more...
OneDrive For Business 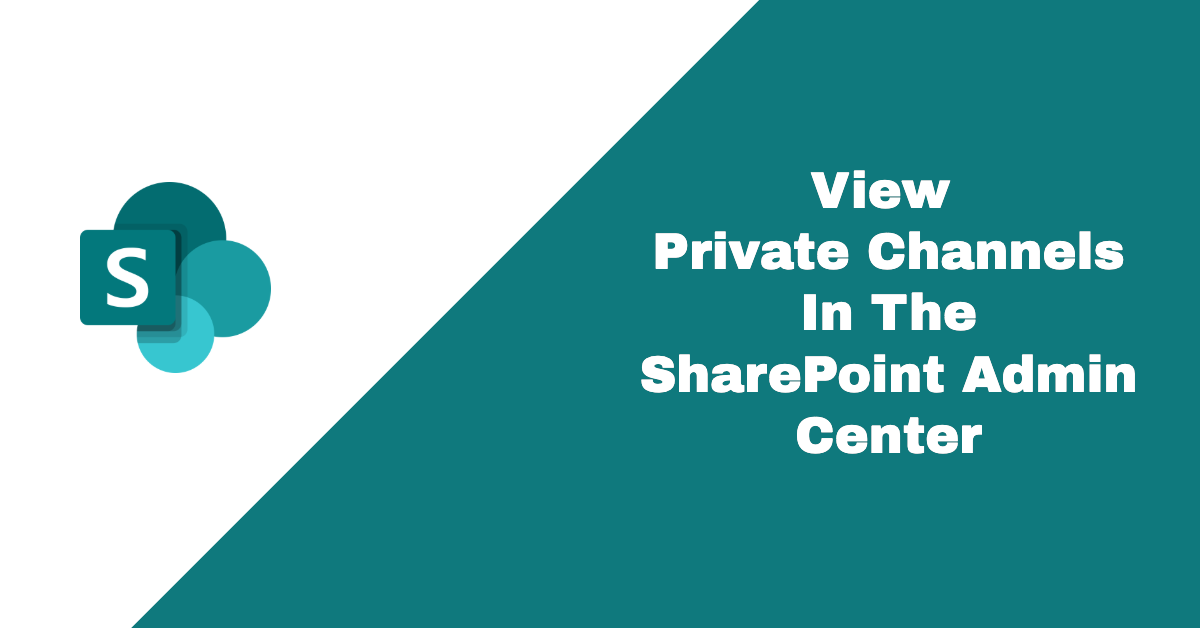 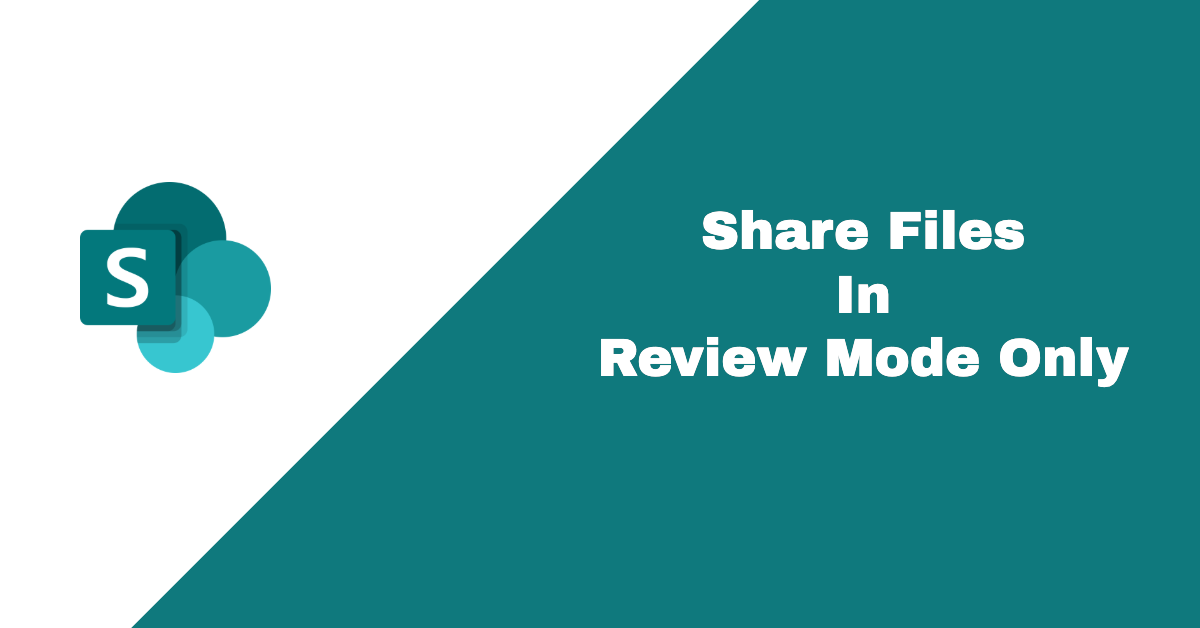 Veronique Lengelle  published on 10-Dec-2021
In case you haven’t seen, there’s a new feature when you share a document from SharePoint Online: Open in review mode only. In this blog post, we’re going to have a look at how it works, and what’s the experience from a reviewer perspective. How does it work? When you’re about to share a document, you’ll see the option in the popup. You must have allow editing checked, or the option will be greyed out.
Read more...
SharePoint 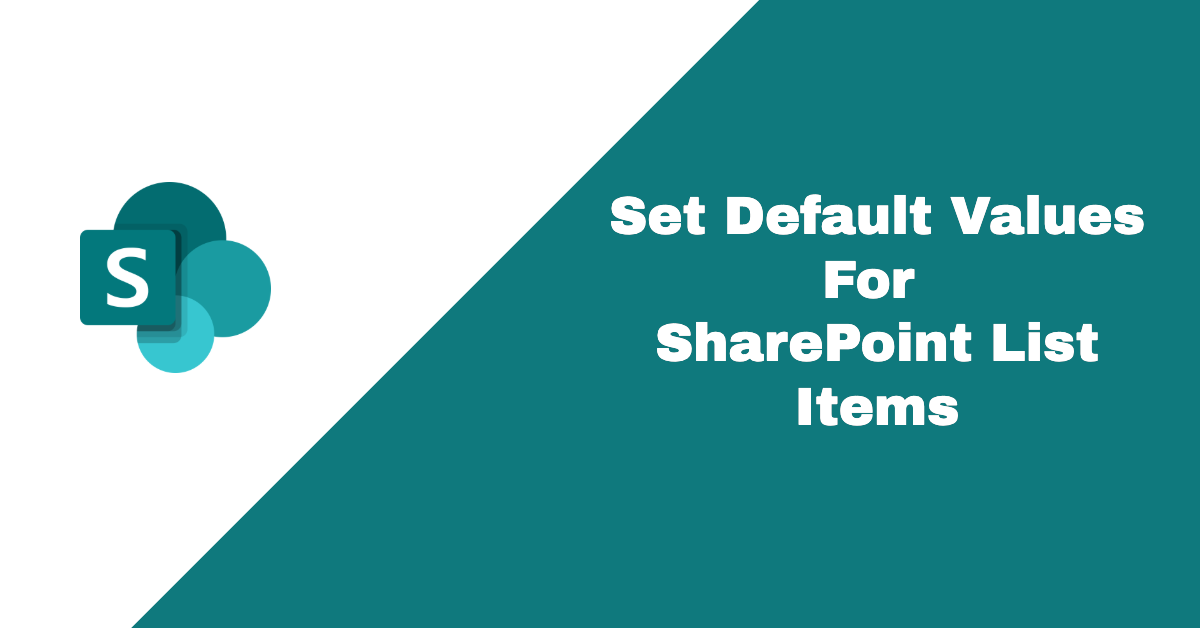 Veronique Lengelle  published on 07-Dec-2021
There are so many features in SharePoint (on-prem & online) that some may be overlooked. Lately, I was working on a PowerApps with Power Automate in the background, and I needed to set default values for some items’ fields, and surprisingly, my first thought was to set those values within the flow. But I have noticed a couple of things by doing it this way. First, that Power Automate was slow to set the value, and second, it was also adding a new version (i.
Read more...
SharePoint 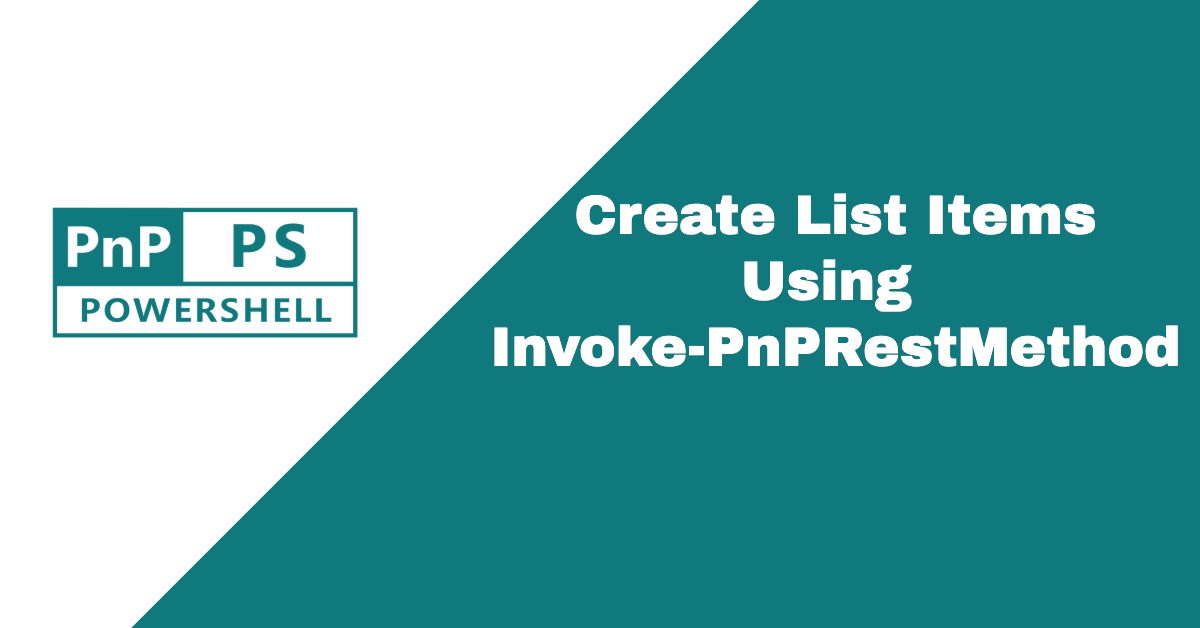 Veronique Lengelle  published on 09-Jun-2021
Did you know that there’s also a PnP PowerShell command that will use a REST request? Meaning we’ve got a different syntax, (sometimes) better performance, but the same results. In this post, we’ll create items in a SharePoint Online list using the Invoke-PnPSPRestMethod by importing a CSV file. Let’s go! 🚀 REST API If you’re not familiar with SharePoint REST API, have a look at the official documentation. CSV file Nothing specific in the .
Read more...
PowerShell, SharePoint 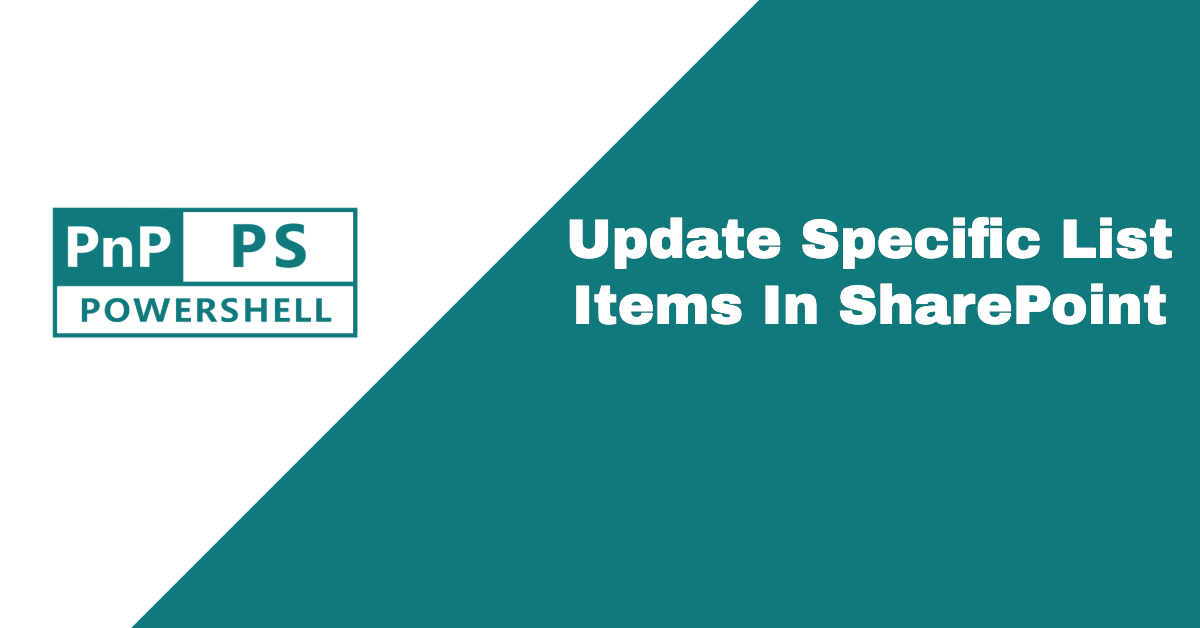 Veronique Lengelle  published on 26-May-2021
In this post, we’ll have a look at a specific cmdlet: Set-PnPListItem. We have a couple of interesting parameters (including the -Batch one!), depending on what we’re trying to do. If you used this cmdlet before, and particularly to update something without creating a new version of the file, we used the -SystemUpdate parameter which I’ve found great and really useful. Now we have new ones which are under -UpdateType:
Read more...
PowerShell, SharePoint 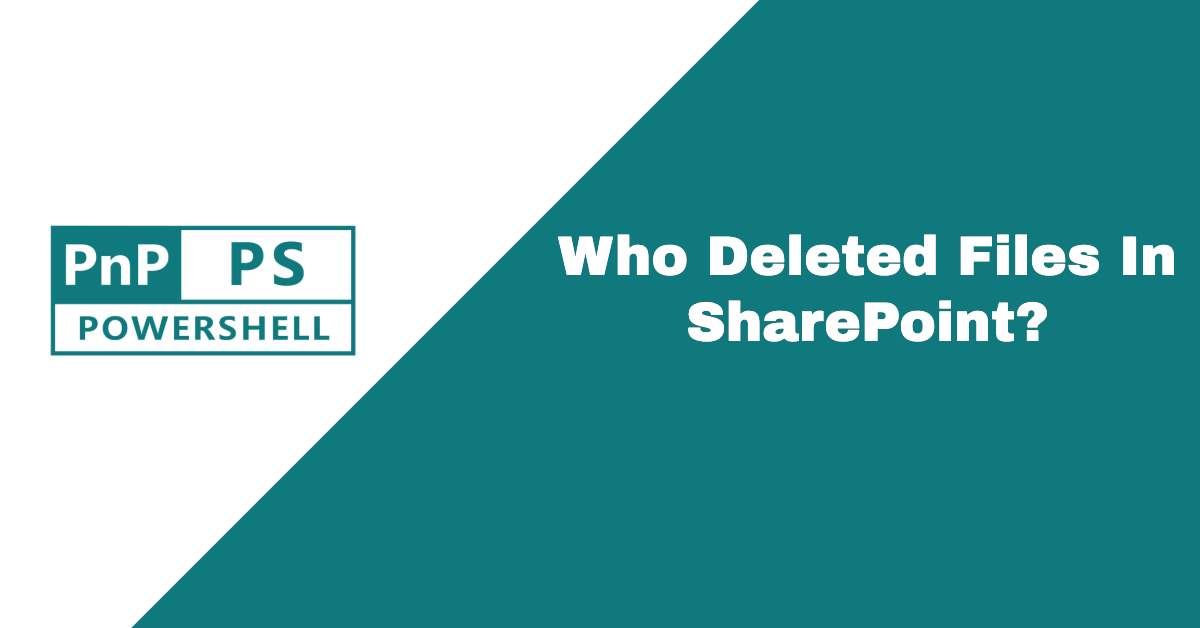 Veronique Lengelle  published on 16-May-2021
Recently, I’ve seen a few requests about how can we get who deleted files in a SharePoint Online site? You know… that “Deleted by” column in the recycle bin? But have you tried to get the value of that column with PnP PowerShell? Of course you have, by using the DeletedBy property of Get-PnPRecycleBinItem… And have you noticed something like, blank results? 😟 Well, I’ve stumbled on that too! Some CSOM objects are not returned (blank) and this is not an easy fix unfortunately, BUT changes might come in the future.
Read more...
PowerShell, SharePoint 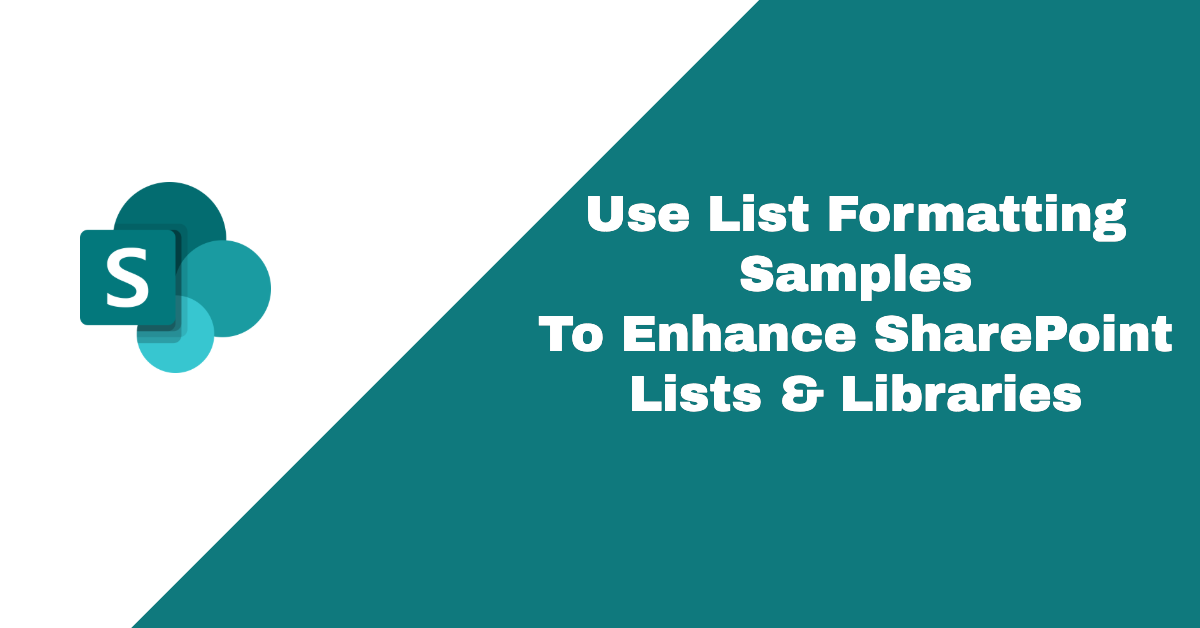 Use list formatting samples to enhance your SharePoint Lists & Libraries

Veronique Lengelle  published on 27-Apr-2021
SharePoint Online has come a long way visually from the old days, and also from an “out-of-the-box” functionality point of view. A lot of things don’t require organisations to code or script to get something decent. BUT, we also have fantastic contributions from the Community with List Formatting samples! And that’s what we’re going to look at today! So… Do you want your SharePoint lists and libraries to look better? Yes?
Read more...
SharePoint, Community