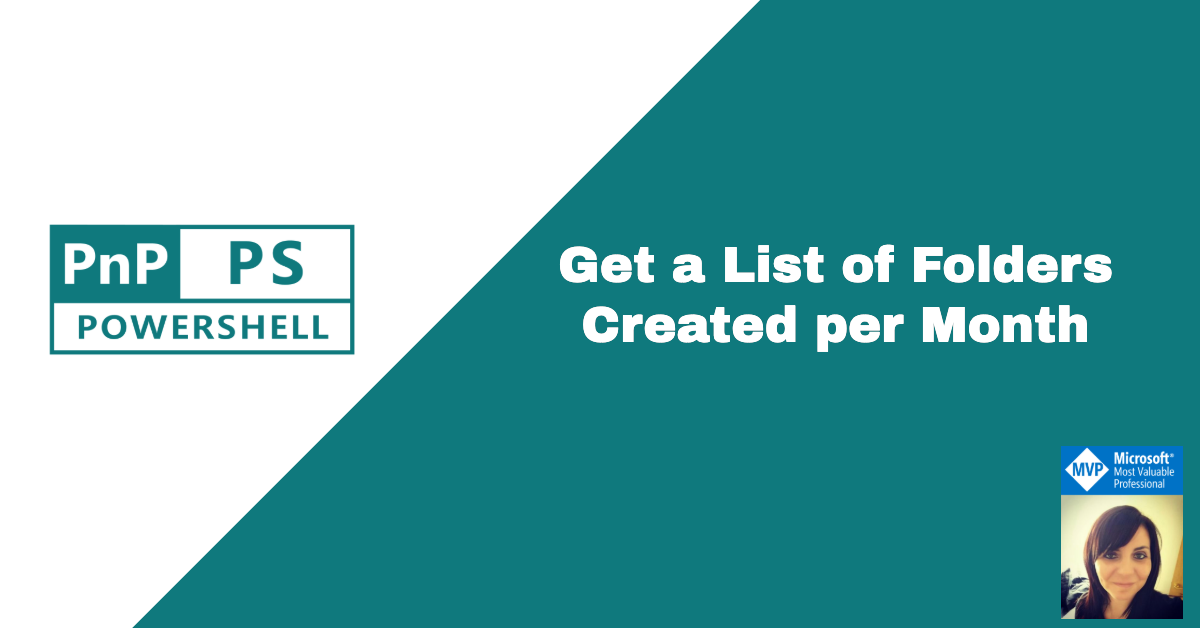 Oh no! We’re talking about folders again… Yes we are! But this time, we’ll get some insights as to when they’ve been created, by whom, and adding a little experiment at the end 😇

Let’s get right into it.

Let’s imagine that our organization wants users to refrain from creating folders in libraries. We’d like to see how many folders have been created in a site, by whom and more particularly, run some statistics at the end to (maybe) analyse the data we just extracted from SharePoint.

For this post, we’ll go a little bit more in detail than we usually do. I’ll explain the findings before posting the full script.

The first part is kind of common to some other scripts we’ve seen:

That’s when we start thinking “OK, I need a insert a condition here, because I’m only interested in the folders, not the files“.

At this stage, this is what we’ve got:

Alright, now we have our structure & a few properties we’re familiar with. We need to get more properties as follow.

We an see in the above screenshot that, we’d be interested in part of the Created Date/Modified Date for the month number & also the year.

In fact, if we dig deeper into the $item, we’ll find something that will help us straight out of the box! Let’s type $item.FieldValues.Values | Get-Member and under the TypeName: System.DateTime, observe the following properties:

Useful isn’t it?! Cool, let’s add this to our properties and rerun the script to see the magic!

Wait.. What? Why do I have two numbers in there?? 😒 That’s exactly what I tried to understand for hours, until I eventually figured it out… The first number is the Created month/year & the second number is the Modified month/year.

In the above screenshot, we have “MonthCreated” : {4, 3} Which should actually means MonthCreated = 4 (April) and MonthModified = 3 (March)

Same thing for the year!

As these values are in an array, we simply need to take the first element of the array which will be [0] for both.

By exporting the results, let’s look at what we have…

This is pretty much what we wanted right? But what if we want to make it better? Something like…

And the icing on the cake, create a PowerBI dashboard with this info?? (this is the ‘experiment’ part!)

The script - Month name and others

Below is the full and final script + an extract of what could a dashboard look like. 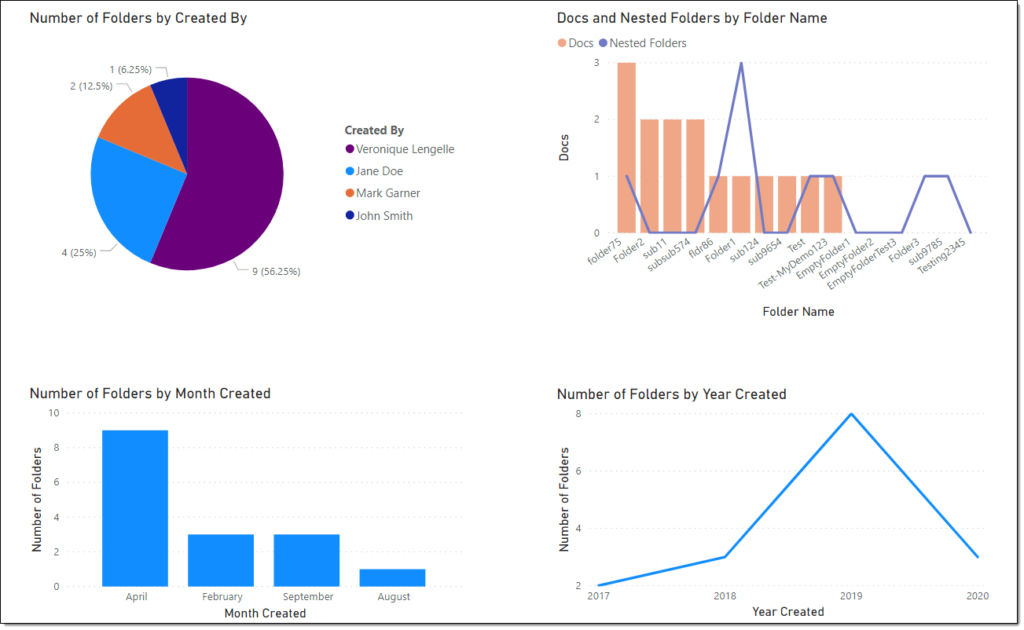