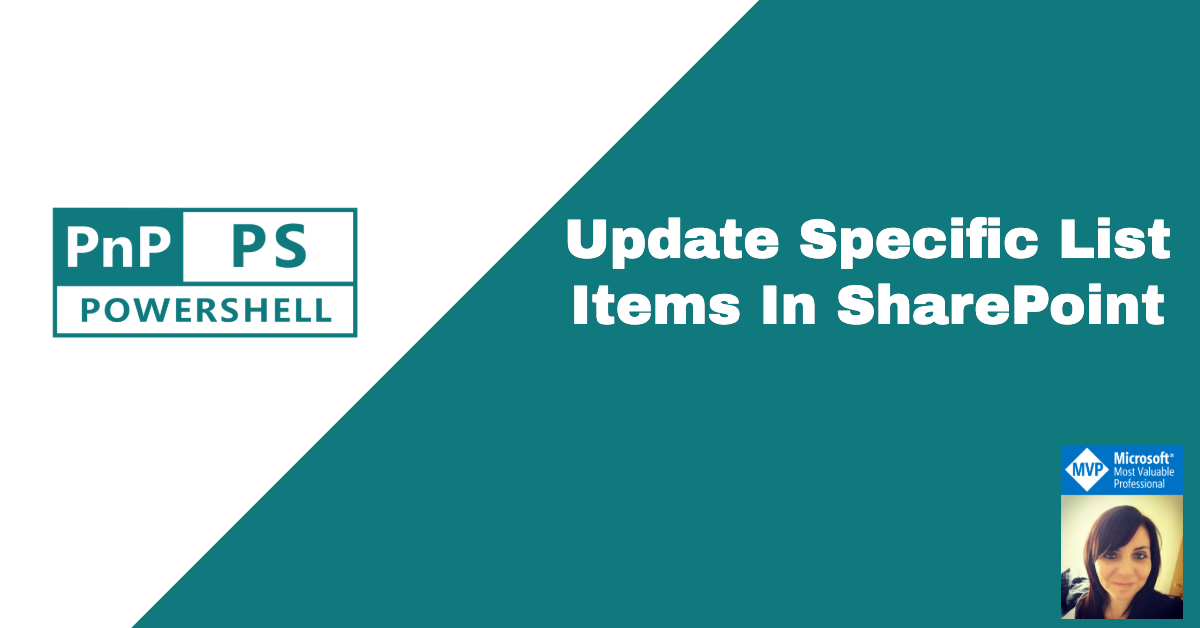 In this post, we’ll have a look at a specific cmdlet: Set-PnPListItem. We have a couple of interesting parameters (including the -Batch one!), depending on what we’re trying to do. If you used this cmdlet before, and particularly to update something without creating a new version of the file, we used the -SystemUpdate parameter which I’ve found great and really useful.

Now we have new ones which are under -UpdateType:

Below you can see how the original item’s version was (3.0), and how it changed after running the command with -UpdateType Update. This is what you would normally expect when updating an item, the version increments.

The starting point being the screenshot above (with version 4.0), running one or the other SystemUpdate or UpdateOverwriteVersion will have same effect if you have no flows or automation attached to the item.

If you do, and you don’t want it to be triggered, used -UpdateType UpdateOverwriteVersion

Version
The Title has been amended, but the version is still the same as before.
Updated on 26-May-2021
PowerShell, SharePoint
Back | Home
Find who deleted files in SharePoint using PowerShell (from the recycle bin) Create multiple list items with a CSV file using Invoke-PnPRestMethod