Dependant Controls: Switch between Comboboxes and Text Input in PowerApps 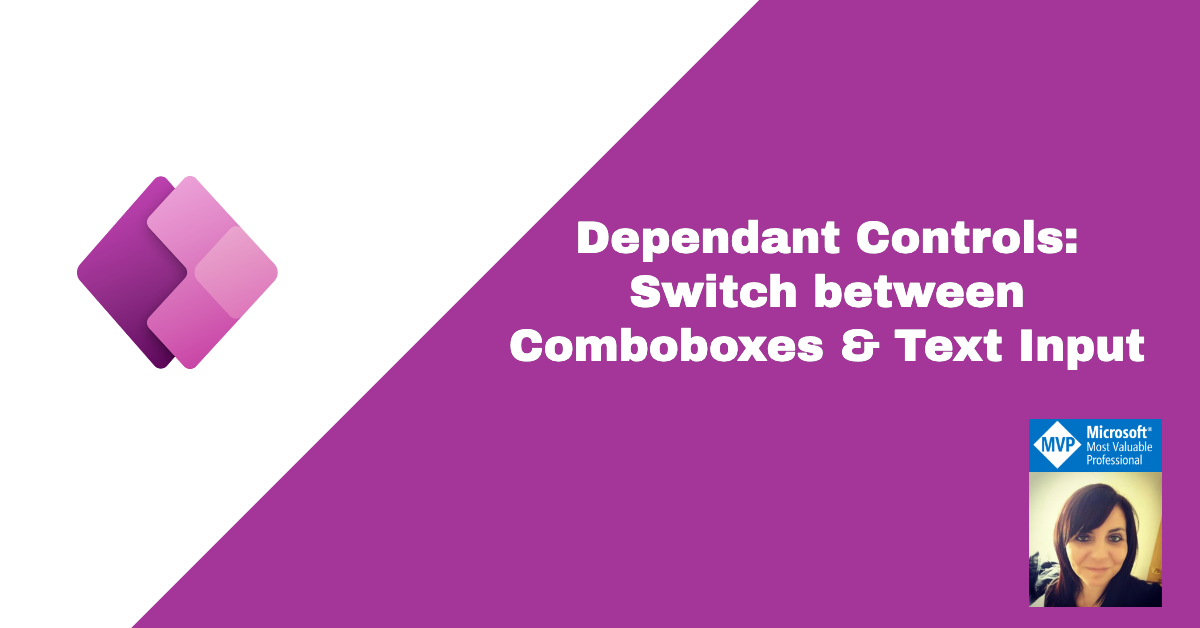 In this post, we’ll make your app flexible when it comes to enter data. More specifically how we can switch between a combobox and text input. I’ve build an app for a customer where a user needed to choose between defined values (combobox) and his/her own value (text input).

Of course, we’re also going to see how to send this data back to the data source (SharePoint in my case) depending on the controls and values chosen! 😉

Setting up the scene

The app is a Rewards app. So users can choose a “Reward Provider” from a list, and there will be associated values with each provider. If no values are associated with that provider, then they can propose their own, and it can be amended later during the approval process.

For our defined values (which will be displayed in a combobox), let’s create a list called Reward Values. We have 2 columns in that list: Title (SharePoint built-in field), and Reward Amount (single line of text). 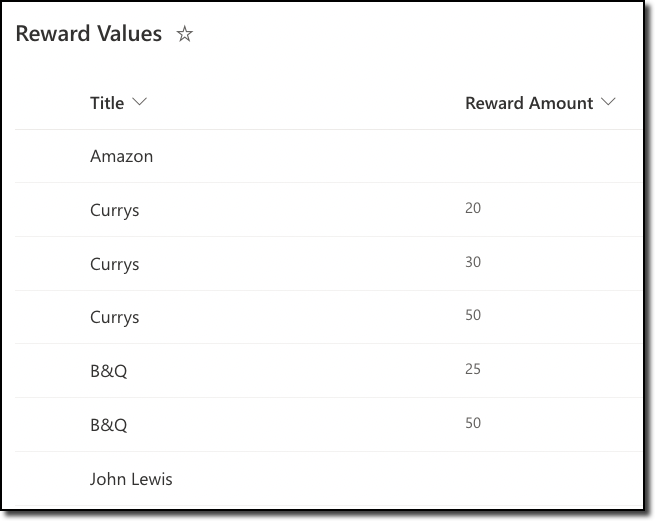 Values
Observe that when the “Reward Amount” field is empty, this is where the users will be able to enter their own.

Our second list is for receiving the data patched. But that’d be regardless of the controls in this blog post. If you patch your data for any app using SharePoint, you’ll need a place! 🙂 Mine is called Nominations.

And in this Nominations list, amongst other fields for the entire app, we’re only interested in columns called Reward (choice), and Reward Value (GBP) (currency). The “GBP” being because I’m in the UK.

From an app perspective, this is what we’ve got, with my current naming.

I’ve also created a Collection in the App.OnStart as follows: ClearCollect(colRewards, 'Reward Values');

We don’t yet see number 3, which is the text input control, because it’s currently hidden under the combobox 😉
But now, we’re ready to start making things interesting!

This is filtering the combobox depending on the Reward Provider chosen. We also need to enter ["RewardAmount"] under the DisplayFields property. This is the internal name of my column when I created it. Amend with yours!

Now let’s move on to the switching! 🤠

Remember in the SharePoint list called “Reward Values”, we had Amazon and John Lewis with no values. So it means that if we select those, it should switch to the Text Input control, otherwise, the combobox with the “Reward Provider” associated values should show up.

What we’ve done so far!

Text Input Validation (red borders)
If you’re interested in the Text Input validation I’ve got in the GIF, I’ve made a video for it on my YouTube channel 😎

Time to patch all of that!

Now that we’re happy with the way those controls work, let’s send our nomination data to SharePoint. Select the button (btn_Submit) and on the OnSelect property, enter:

While I’ve trimmed down the entire formula to only our controls, the most important is the “IF” statement. This way it will Patch the correct data.
Then it should look like this in SharePoint: 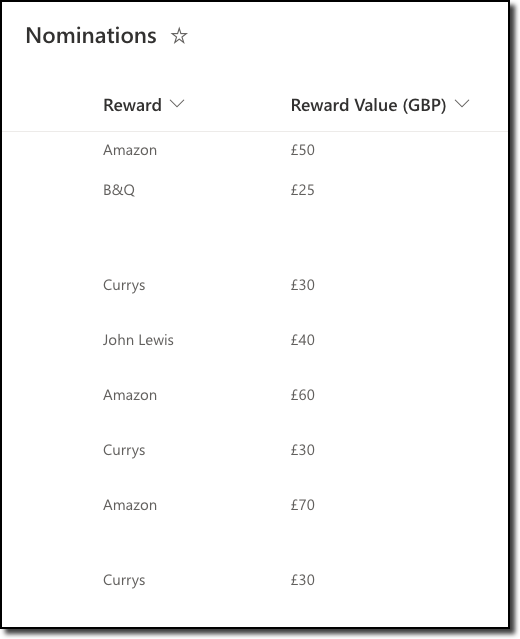 Updated on 04-Aug-2022
Power Platform, PowerApps
Back | Home
Warn users about loosing entered data when navigating to a different screen in PowerApps Skip approver if also the creator of the request with Power Automate